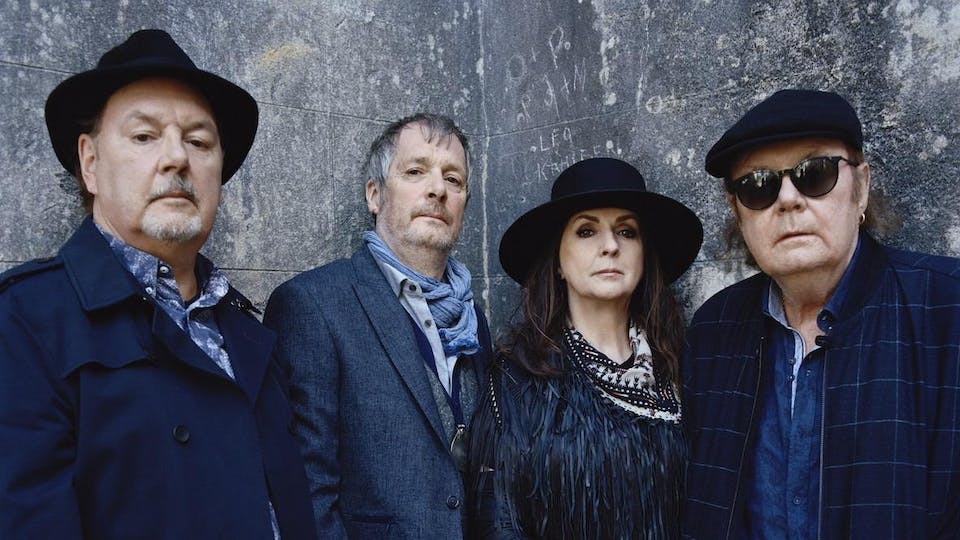 iCal
Google
'In a Lifetime’ The Farewell World Tour

Having sold 15 million records worldwide and with eight Top 10 U.K. albums to their name, multi-award-winning Clannad make a stop on their In a Lifetime: The Farewell World Tour to the Irish American Heritage Center this September.

The Grammy and BAFTA award-winning quartet will also release a new Anthology In a Lifetime’ deluxe set to be released worldwide on March 13, via BMG. The release is a career-spanning collection from one of the most successful Irish bands ever.

The collection captures Clannad’s incredible and enduring body of work which has, over 16 studio albums, created a legacy that’s influenced a generation of fellow Irish musicians and artists.

In a Lifetime is a multi-format, career-spanning anthology containing tracks from Clannad’s 50-year recording career. It will be available as 38 track 2 CD set, 2 CD deluxe, 2 LP, 2 LP deluxe, and an expanded deluxe 100+ track set as well as digital versions, compiled in conjunction with Clannad band members.

The anthology will delight and excite Clannad’s enormous and loyal fan base, as well as introduce this legendary, influential and culturally important band to a whole new generation of music fans.

Clannad was formed in 1970 by siblings Moya, Ciarán and Pól Brennan and their uncles Noel and Pádraig Duggan (who passed away in 2016), and for a short time became a six-piece with the addition of Enya Brennan, who went on to have her own successful solo career.

The multi-award winning band has done more than any other group to take Irish music and the Irish language to a worldwide audience. Fusing elements of traditional Irish music and more contemporary folk, new age and rock they have created a beautifully unique and ethereal sound which combines haunting melodies and mesmerizing vocals to transcend the sands of time whilst appealing to a worldwide audience of all ages.

After a decade which saw them release five hugely influential and groundbreaking albums, in 1982 Clannad reached wider recognition when they recorded the theme from Harry’s Game for a powerful three-part TV drama depicting the troubles in Northern Ireland. The song became a commercial success upon its release as a single, peaking at number 2 in Ireland and number 5 in the UK, winning an Ivor Novello award and later being used in the movie Patriot Games. It remains the only UK hit single to be sung entirely in Irish.

In addition to the incredible achievements of this one, timeless song, in 1984 Clannad won a BAFTA for ‘Best Original Television Music’ for their soundtrack Legend which featured music and songs the band were commissioned to score for the Robin of Sherwood TV series. In the two decades since, the band has won a Grammy Award, a Billboard Music Award and a BBC 2 Folk Award.

Clannad also recorded the soundtrack albums Atlantic Realm, made for a BBC documentary about the Atlantic Ocean, and The Angel and the Solider Boy, a half hour animation without voice overs, with the music telling the story. In 1993 their song I Will Find You was featured as the love theme to the movie Last Of The Mohicans, which saw the band receive their first Grammy nomination. These achievements make them one of the most successful and acclaimed soundtrack artists.

Clannad has collaborated with a diverse range of artists, including Bruce Hornsby, Steve Perry and Paul Young and Bono of U2. A fan of the band who declared singer Moya as “one of the greatest voices the human ear as ever experienced,” Bono dueted with the singer on Clannad’s 1985 hit single, and the song which gives this collection its title – In A Lifetime.

From Clannad: “We had discussed prior to our world tour in 2013-2015, whether it would be our farewell tour...but since Pádraig passed we made the decision that our next tour would definitely be our last and we plan to make it a very special and memorable final journey…and to accompany this journey we are very pleased to be releasing the ’In a Lifetime’ anthology which we hope will leave our fans with a lasting musical legacy.”